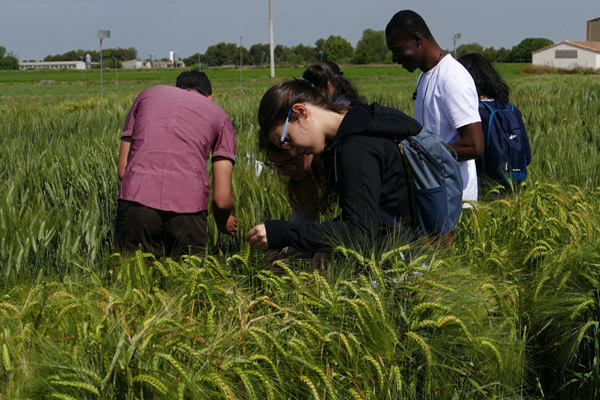 Strengthening the role of Youth and Women in Mediterranean Food Systems: A lever for sustainable development!

In 2016, the Ministers of Agriculture of the CIHEAM Member States adopted a new Strategic Action Plan for the Mediterranean, the CAPMED 2025, which identifies the 4 strategic missions of the Organisation: “Combating triple waste, boosting sustainable agriculture and food, investing in new generations and fragile territories, preventing risks and managing tensions”, including 15 priority themes.

The actions of the Organisation revolve around these missions and priority themes.

The CAPMED 2025 also guides the contribution of the CIHEAM to the implementation of the United Nations Sustainable Development Goals (SDGs) in the Mediterranean region through rural, agricultural and coastal development.

Three years later, Pillar three of the CAPMED 2025, “Investing in new generations and fragile territories”, is more than ever a challenge which needs specific effort.

This is the reason why the Tunisian Ministry of Agriculture, that will host the 12th Ministerial Meeting in Tunis, and the CIHEAM have decided to specifically address the empowerment of youth and women in rural, agricultural and coastal areas.

In the Mediterranean region, the younger population and the high rate of demographic growth are therefore challenging the resilience of the current food systems, the adequacy of the education and training systems with regard to the changing labour market, especially in the less developed areas. This is taking place at a time when the region has to deal with environmental and climate crises and overcome public uprisings particularly fuelled by socio-economic inequalities.

Situated at the intersection of three continents, if the Mediterranean is presented as a migratory crossroads with significant South-North flows, the significant South-South and rural-urban migration that make up the most important share of human population movements should not be overlooked. These migrations are diverse and motivated by multiple factors: insecurities, limited socio-professional prospects or attraction to comparatively more desirable places.

In the Mediterranean, many young people are struggling to find decent and attractive jobs and are more interested by service-related jobs in cities. Employment related to agriculture, fishing or forest in the rural areas often proves to be quite unattractive and socially undervalued. Moreover, young people are overrepresented in informal or vulnerable employment. Thus, they are more exposed to dangerous working conditions, deprived of social protection, rights and decent wages.

In Mediterranean countries, where a third of the population lives in the countryside and where one job out of six is in the agricultural sector, it is impossible to consider the development of rural areas without taking account of these areas and sectors of activity. It is likewise unreasonable to attempt to make urban development sustainable without reconnecting cities with hinterland rural areas as such a geographic split is politically unsustainable.

Even if it is not the only one, agriculture is a source of jobs and income in the hinterlands and an essential factor to revitalise the rural economy, which has a crucial role to play in consolidating the ongoing transition in the South and East of the Mediterranean.

Indeed, today, we know that investing in the agricultural sector is 2 to 4 times more effective in reducing poverty than in any other sector and that the modernisation of agriculture and the strengthening of associated services can contribute to the emergence of a middle class, that is, the engine of stable economic growth.

Moreover, when agriculture mobilises technical, societal and environmental innovations, it arouses the interest of the younger generations and becomes more accessible to women. This contributes to the emergence of vocations and professions that may disappear due to the lack of generational renewal and sufficient social recognition.

Despite the great involvement of women in agricultural development and food security, gender inequalities are stronger in rural areas than in cities. It is important to remind the fact that North Africa and the Middle East have the highest unemployment rates among women in the world, although education levels have risen sharply in just a few decades.

If youth and women empowerment initiatives emerge as priorities at a time when the Mediterranean region must overcome environmental and climatic crises, fight against poverty and inequalities and manage migratory flows that are both intensifying and becoming increasingly frequent, they take an additional strategic dimension when they are applied to rural and isolated areas...

Significant disparities between rural and urban areas remain in terms of living standards and poverty as well as inequalities in terms of access to education, infrastructure, public services, resources, transport, and leisure. These inequalities persist in the labour market, with four strong characteristics: high youth unemployment; the problem of "NEETs", young people who are neither students nor employees nor trainees; exclusion of women from the labour market; and the preponderant part of the informal economy and precarious employment, are likely to feed socio-political tensions and provide fertile ground for segregation, gender-based discrimination and radicalism.

The 12th CIHEAM Ministerial meeting is fully in line with the general efforts deployed towards young generations and the gender issue and will focus on the specific answers and operational activities that can be implemented through rural, agricultural and coastal development and in the framework of sustainable and inclusive food systems.

More about the CIHEAM Ministerial Meetings