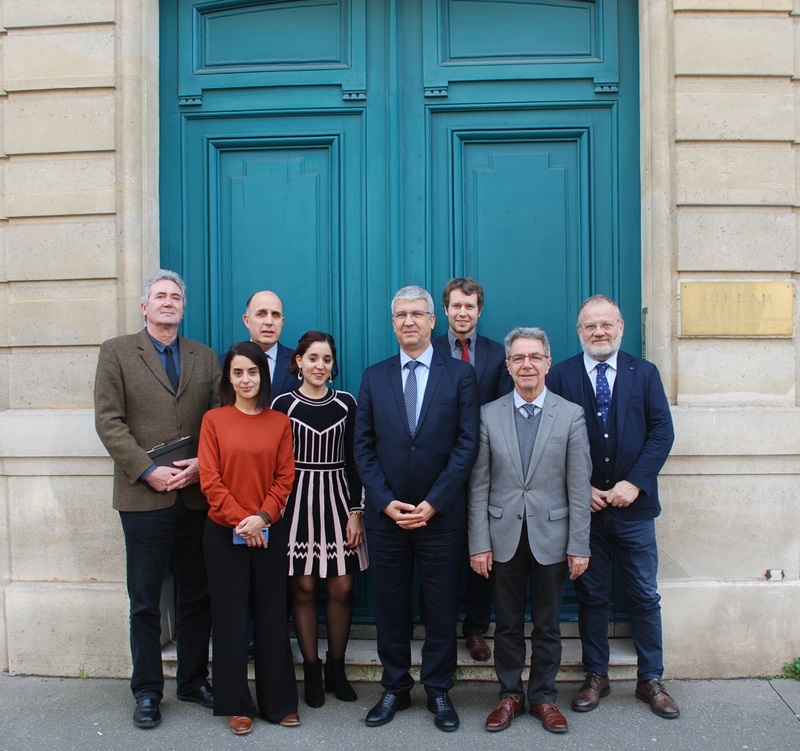 Under the Presidency of M. Mohammed Sadiki, the CIHEAM Steering Committee met in Paris on 21 February 2020 at the Organization's headquarters.

The President of the CIHEAM Governing Board and the Vice-Presidents Mrs Valérie BADUEL (Delegate of France), Mr Charalambos KASIMIS (Delegate of Greece) and Mr Teodoro MIANO (Delegate of Italy), in the presence of the Secretary-General, Mr Plácido Plaza and the CIHEAM Legal Advisor, Mr Terry Olson discussed governance issues, the preparation of the next Governing Board meeting, which will bring together the delegations of the 13 member countries in Rabat, (Morocco) on 2-3 July 2020,  and the next ministerial conference of CIHEAM member states, which will focus on the empowerment and strengthening of the place of women and young people in Mediterranean food systems.