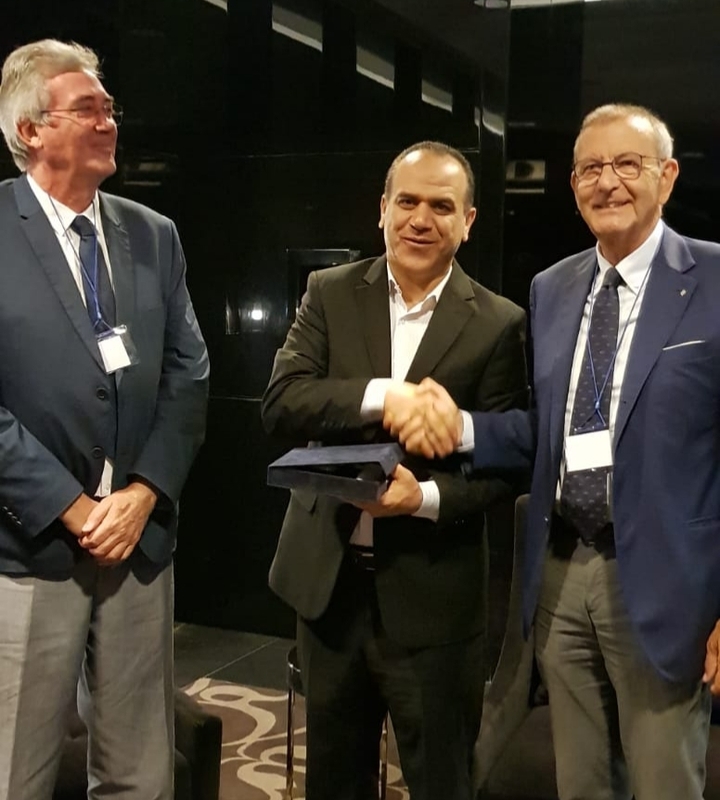 On the side-lines of the 11th meeting of the Mediterranean Organic Agriculture Network (MOAN) held in Amman from 17 to 20 September 2019,  the CIHEAM Bari Director, Maurizio Raeli and the CIHEAM Secretary-General, Plácido Plaza, met with the Minister of Agriculture and Minister of Environment of the Hashemite Kingdom of Jordan, Mr. Ibrahim Al-Shahahdeh. Jordan and the CIHEAM have been developing joint activities for several years, particularly in the fields of research and training.

A Memorandum of Understanding between Jordan and the CIHEAM signed in 2016 included collaborations on institutional support, such as the development, implementation and assessment of national rural development and food policies, as well as the training of officials from the Ministry of Agriculture in Jordan. Agriculture and sustainable food, including the fight against waste; inclusive development in rural areas targeted at young people and women and economic performance were also among the priority areas for cooperation.

The CIHEAM Bari Institute has been conducting training and cooperation activities with Jordan since 2003. Most of the ongoing activities are aimed at enhancing gender mainstreaming for sustainable rural development and food security, promoting non-conventional water reuse in agriculture; introducing innovative technologies for irrigation in Mediterranean environments.

More recently, new lines of cooperation on the management of the value chain of the organic farming sector were discussed, as well as new project launch within the framework of the European Union (Cross Border CBC Med).