The Future of Food: High-Level Event on the Mediterranean Diet 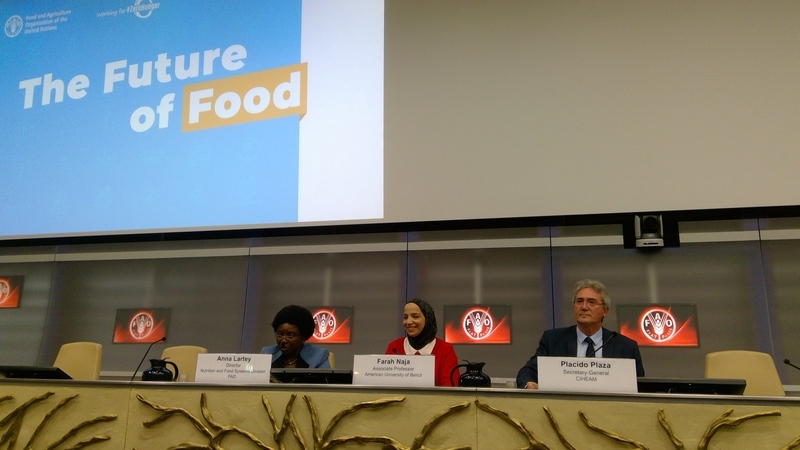 The Mediterranean diet, said FAO Director-General, has successfully combined the available food in the region, often grown by family farmers, for thousands and thousands of years. “If we allow it to disappear, what will be lost is not only the Mediterranean diet itself but also all the culture and the environment that enabled its development,” he said in remarks at a high-level event at the Future of Food symposium at FAO (10-11 June).

Graziano da Silva stressed that UNESCO’s inclusion of the Mediterranean diet on the world’s Intangible Cultural Heritage list, denotes not only its health and safety dimensions, but also emphasizes the cultural, environmental, social and economic benefits it holds.

Redoubling efforts to promote the Mediterranean diet could lead to better health for all and help curb the rising levels of obesity while fostering sustainable food systems, preserving the environment and empowering local producers, the  FAO chief noted.

“UNESCO is actually recognizing the importance of the Mediterranean diet as part of the culture and of the food system in which the diet is embedded,” he said.  “Most of the many sustainable diets around the world are based on that principle: promoting local food that is available and combining it in a healthy way. That is the secret,” he added.

In a video message to the event, UNESCO Director-General Audrey Azoulay said: “Food is of great importance for our work in the cultural field because it is at the heart of the feeling of belonging, it reinforces social cohesion and it allows transmitting heritage in all situation. The Mediterranean diet, in particular, is recognized for its universal value and for all that it represents: know-how, symbolism, tradition, ritual and the pleasure of sharing food,” she noted.

After a decade of progress, world hunger is on the rise again, mainly due to conflicts and to the impacts of climate change, especially prolonged droughts. But while around one person out of every nine in the world is hungry - more than 672 million adults –, more than one out of ten people - are obese. “The erosion of local diets in the modern era came with globalization since it is often cheaper to import food from abroad than making the local food available,” Graziano da Silva said. “We are witnessing the globalization of obesity, which is directly linked to the consumption of ultra-processed food,” he added.

International Center for Advanced Mediterranean Agronomic Studies (CIHEAM) Secretary General, Plácido Plaza, noted in his address to event participants that "sustainable food systems in general and the Mediterranean diet, in particular, are concrete responses to many problems in our region, such as food insecurity, climate change, youth unemployment, and territorial inequalities. At CIHEAM, we strongly believe that the Mediterranean diet is a winning bet for the future and that its underlying realities contribute to sustainable and balanced development.”Download the CIHEAM SG speech (French)

On the sidelines of the event, FAO and CIHEAM renewed its cooperation with the signature of a Memorandum of Understanding.

“We are very happy to renew our partnership with CIHEAM, a long-standing FAO partner in the Mediterranean countries. If you want to be global, you also need to have firm feet on the ground, and that is what this partnership allows,” FAO Director-General said.

"Since 1977, our collaborations with FAO on priority themes in the Mediterranean have continued to grow and strengthen - and we are delighted with this. The signature of the extension of our institutional collaboration agreement promises great years of mutual enrichment and solutions to the major challenges of food and agriculture in the Mediterranean " added CIHEAM Secretary-General.

Read the FAO and CIHEAM Tribune related to the topic